The Wage Gap: Gender Discrimination in the 21st Century

This article appears in the 2016 issue of ACHIEVE magazine.

In 1981, Sandra Day O’Connor became the first woman appointed to the United States Supreme Court.  She broke down barriers for millions of American women.  It is hard now to imagine that when she graduated third in her class from Stanford law school in 1952, she had trouble finding a job.  In a 2013 interview, she describes how she contacted several law firms who simply refused to give her an interview because they told her “we don’t hire women.”

This type of sex discrimination in employment was made illegal by Title VII of the Civil Rights Act of 1964.  In fact, today it would be not only illegal but extremely rare to have an employer in in the United States say outright that they do not hire women.  This does not mean that gender discrimination is only a thing of the past.  In today’s society, discrimination still happens but is sometimes hard to recognize.

According to a 2014 study by the National Women’s Law Center, across the USA, women earned an average 79 cents for every dollar earned by men. The same study reports that for African-American and Hispanic women the gender pay gap is even wider.

Emily Martin, vice president and general counsel of the National Women’s Law Center, reports that while there are many reasons for the gender gap, one of the most stubborn reasons is discrimination. “There’s really disturbing social science studies out there that show that supervisors, male and female alike, without realizing it, will recommend lower salaries for women with equivalent qualifications to men,” she says.

One factor in the gender wage gap is a lack of available information.  According to the Institute for Women’s Policy Research, workplace practices and policies which discourage or prohibit discussions about pay rates appear to contribute to the gender gap in earnings.

A 2010 study revealed that approximately half of all workers (51% of women and 47% of men) report that the discussion of wage and salary information is either discouraged, prohibited, or could lead to punishment.   This type of pay secrecy is even more common among single mothers: 63% say that they work for employers who discourage or prohibit discussion of wage and salary information.

Another factor that affects the wage gap by gender is that women assume the role of caregiver throughout their working lives.  Even in today’s modern families, women are still taking on the bulk of responsibilities in the area of child-raising.  In addition, many women have caregiving responsibilities for aging parents or other family members.   Studies continue to show that there is persistent discrimination against women workers with caregiving responsibilities.  In a 2007 report, researchers Shelley Correll, Stephan Benard, and In Paik compared equally qualified women candidates, and found that women who were mothers were recommended for significantly lower starting salaries.  In addition, the study found that mothers were perceived as less competent and therefore less likely to be recommended for hire than non-mothers.

There is no question that women have made great strides in the workforce.  From the 1970’s through the early 2000’s, the gender wage gap narrowed, sex segregation in most professions greatly declined, and the percentage of women climbing the management ranks steadily rose.  According to a 2014 report by the Center for American Progress:

However, even with these impressive statistics, the presence of women in top leadership positions, (e. g.  equity law partners, medical school deans, and corporate executive officers) remains stuck between 10-20%.  Even though women comprise more than 50% of the US population, the average proportion of their representation on corporate boards and in Congress is just 15%. The low percentages of women in these top leadership roles propagates the perception that women do not belong in those positions or professions.  This leads to women being less likely to be recruited for these positions, or even self-selecting not to apply.   This in turn can create a shortage of role models, mentors, and sponsors for women in these fields.

According to the National Women’s Law Center, there are some common sense things that we need to do to shrink the wage gap: 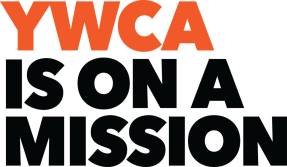 At YWCA Greater Cleveland, we are on a mission to eliminate racism and empower women.  YWCA’s Women’s Leadership Institute offers a comprehensive leadership development training curriculum and corresponding programs
designed to build, train, recognize, and empower transformative leaders at all phases of their careers.  When you support YWCA Greater Cleveland, you are helping to support today’s women leaders and creating tomorrow’s role models, mentors, and sponsors for women and girls.

Shelley J. Correll, Stephan Benard, and In Paik, Getting a Job: Is There a Motherhood Penalty, American Journal of Sociology, Vol. 11 No. 5 (Mar. 2007), pp. 1297- 1339, available at http://gender.stanford.edu/sites/default/files/motherhoodpenalty_0.pdf.

‘Out Of Order’ At The Court: O’Connor On Being The First Female Justice, Interview by Terri Gross. Fresh Air. NPR.org. WHYY, Philadelphia, PA, (March 2013), Radio. Transcript.